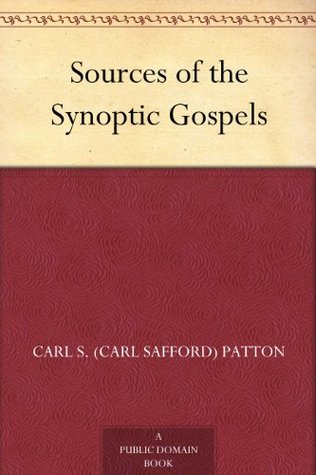 This total content will be somewhat larger than the content that could be assigned to Q without the hypothesis of QMt and QLk, since by this hypothesis many sections will be sufficiently alike to be assigned to Q (QMt and QLk) which otherwise would have to be ascribed to different sources.1 1 Effort will be made later to determine the extent of QMt and QLk by themselves. 1 The writer began the following examination with the intention of assigning to Q only, and rejecting all passages not showing sufficient agreement to warrant such assignment.

He found this task so difficult, involving the rejection of so many passages which did not apparently belong to Q but which nevertheless showed unmistakable signs of literary relation, that he adopted the theory (suggested but not worked out in the introduction to Bacons Beginnings of Gospel Story) of QMt and QLk.

CHAPTER II Q, QMT, AND QLK IN THE DOUBLE TRADITION OF MATTHEW AND LUKE THE PREACHING OF JOHN THE BAPTIST (Mt iii, 76-10- Lk iii, 7&-9) This section is universally ascribed to Q. In Matthews Gospel it contains sixty-three words- in Lukes sixty-four. These are identical in the two Gospels, except for Lukes addition of Kai at the beginning of his 9th verse, his plural (ko.pttovs) where Matthew has the singular, and his substitution of ap&vOe for Matthews db&re. The parallelism begins in the middle of the 7th verse of each Gospel- the first part of the verse in each case evidently being supplied by the evangelist.

Matthew says Johns remark was addressed to the Pharisees and Sadducees. With his customary indifference to class distinctions among the Jews, Luke...

Comments
Comments for "Sources of the Synoptic Gospels Volume 5":