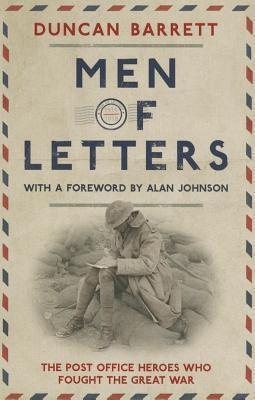 Spanning many ranks and walks of life, 12,000 men fought bravely with the Post Office Rifles. By the war’s end, 1,800 of them had been killed. Those same men who not long before had been sorting and delivering mail, found themselves hoping their own letters would get through to their loved ones at home, and relying on the letters and parcels sent to them for their own much needed morale-boosts.

Using the personal stories and letters of the men who joined the Post Office Rifles, this is a moving account of how the war touched the lives of ordinary men—how it changed communities, how women took up men’s working roles, and, of course, the vital role the mail played in the war. Love letters, letters from the front line, much-welcomed parcels of food and cigarettes, and sad letters of condolence—together these tell the story of the fallen heroes.

Comments
Comments for "Men of Letters: The Post Office Heroes Who Fought the Great War":